In addition to adoption, she helps clients build their families through assisted reproductive technologies. Her experience with this legal area includes advising/drafting contracts for intended parents, gestational carriers and infertility clinics for such procedures as egg donation, sperm donation, embryo donation, in vitro fertilization, and gestational surrogacy and legal actions establishing parentage for Intended Parents. 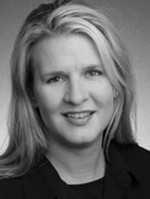 Ms. Collins is a fellow of the American Academy of Adoption Attorneys where she sat as a member of their Board of Trustees for 2005-2007 and served as Vice-President from 2011-2012. Ms. Collins serves as treasurer (and past chair) of the Middle Tennessee Inter-Agency Adoption Coalition, an association of adoption agencies and attorneys in the Middle Tennessee area. She developed and chaired their 2000-2007 Adoption Awareness Campaigns to coincide with National Adoption Month. In 2012, she was honored by Congress and the Congressional Coalition on Adoption as one of their Angels in Adoption. Her other professional memberships include the Tennessee Bar Association, the Nashville Bar Association, RESOLVE, and various involvement with Middle-Tennessee non-profits. She was appointed by the Supreme Court of Tennessee to serve on their Court Improvement Program to study and improve the adoption laws of Tennessee. Of particular importance to her is monitoring, writing and promoting legislation designed to improve and serve the best and ethical practice of adoption and ARTS in Tennessee and nationally.

Ms. Collins has been a presenter at adoption seminars for the Tennessee Bar Association, the Nashville Bar Association, the National Business Institute, the Inter-Agency Adoption Coalition, the Tennessee Administrative Office of the Courts, county clerk divisions and county bar associations, RESOLVE, and for various private adoption agencies and adoption interest groups. She has also taught adoption law at Vanderbilt Law School’s Juvenile Practice Clinic and for the Nashville School of Law.

She graduated with a Bachelor of Arts, Highest Honors, from the University of Tennessee in 1990, and from Vanderbilt University School of Law in 1993.

Please fill out the form below and one of our attorneys will contact you.